The optical setup we used was recently used to demonstrate expulsion of liquid droplets during speech as well as characterization of droplet residence times in air (1, 2). A schematic in the setup is shown in Fig. 1. In short, an easy sheet was shined using an enclosure, where light scattering from particles traversing the sunlight sheet was detected while using camera. To form the sunshine sheet, a cylindrical lens transformed a green laserlight into an elliptical profile, which has been directed from the enclosure. The laser source would have been a scientific pump laser (Millennia, Spectra-Physics; power, 2 W; wavelength, 532 nm), but suitable green lasers of similar powers are around for less than U.S. $100. 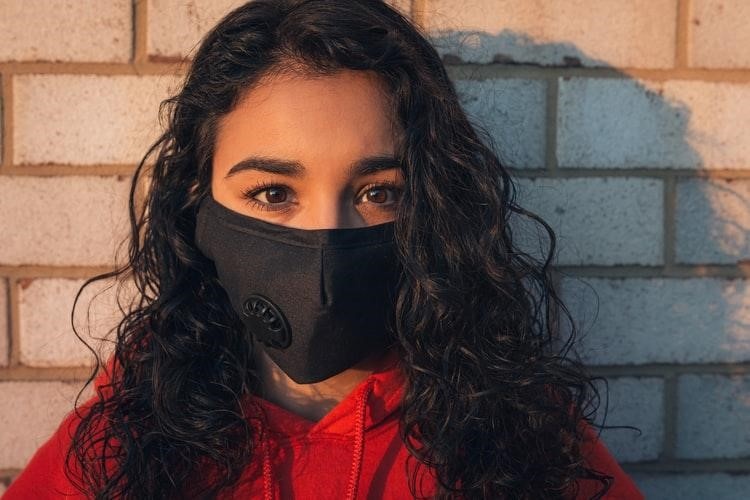 The enclosure (length by width by height: 30 cm by 30 cm by 35 cm) was constructed out of (or lined with) black material to lower stray light. The sides in the box had slits for entry and exit of the light sheet. The front with the box had an 18-cm-diameter hole to the speaker, sufficient for someone wearing a face mask to speak into the box but small enough to stop the facial skin (or mask) from reaching the lighting sheet. To clear droplets in the box between experiments, laminar air from the best quality particulate air (HEPA) filter was continuously fed into the box from above by having a duct which has a cross area of 25 cm by 25 cm.

The supplied air was being expelled through the light sheet slits and also the speaker hole. A slight positive pressure inside box cleared droplets and prevented dust from entering into the box externally. On the back of the box, a cellphone (Samsung Galaxy S9) was mounted far away of 20 cm from the sunshine sheet. Using the Android application “open camera,” the frame size was set to 1920 × 1080 pixels, the focal distance was set to 20 cm, the exposure time was set to 1/50 s, as well as the frame rate was set to 30/s. At this focal distance, each camera pixel recorded a region of 120 μm by 120 μm in the position in the light sheet.